If you love Bobbi Brown cosmetics and living a cruelty free life you now have big decision to make.

We’ll show you why and the unfortunate disclosure gaps in their animal testing policy.

We’ll also show you how to fix this dilemma, and how to find the best Bobbi Brown cruelty free alternatives.

Bobbi Brown is NOT a cruelty-free brand. They sell their cosmetics in mainland China where the law requires animal testing. Bobbi Brown’s policy is to not test on animals except where required by law.

Estee Lauder owns Bobbie Brown and is also a company that tests on animals.

Does Bobbi Brown test on animals?

Does Bobbi Brown sell in China?

Yes, Bobbi Brown does sell in China and has many locations across Mainland China. Brands that sell in mainland China are subject to animal testing laws which require their products to be test on animals.

As you can see from the Bobbi Brown Cosmetics China website, they have many stores across mainland China.

Bobbi Brown puts profits ahead of ethics. Bobbi Brown is willing to allow testing on their products in China to access this marketplace. China is one of their fastest and largest growing consumer markets.

Bobbi Brown Cosmetics is also sold in China by Sephora:

So… the next step in our investigation dives into Bobbi Brown’s ingredient testing policies.

Does the Bobbi Brown animal testing policy prohibit the testing of ingredients and raw materials on animals?

Here is what we found on supplier testing

What we discovered is Bobbi Brown does not fully disclose if animal testing happens on their ingredients or raw materials provided by suppliers.

This part of Bobbi Brown’s animal testing policy leaves the door open for using ingredients tested on animals by suppliers:

“We do not test our products or ingredients on animals, or ask others to test on our behalf, except where required by law.”

Not asking others to test is not the same as assuring your products and ingredients are not tested on animals (by anyone).

What disclosure is missing

We would like to see Bobbi Brown disclose if any 3rd parties or suppliers test on their ingredients or raw materials.

…Is this really too much to ask?

Many cruelty free brands now choose to take an ethical stand and do not test on animals anywhere in their supply chain.

Unfortunately, Bobbi Brown Cosmetics is not a brand that has committed 100% to eliminating all animal testing across their supply chain, or alternatively, providing more explicit disclosure on this controversial topic.

Bobbi Brown is not vegan. They do not provide vegan labelling on products, nor are they certified as vegan with either Leaping Bunny or Peta. It is likely some of their products contain animal-derived ingredients, as these are often less expensive to source as cosmetic ingredients.

It’s safe to assume that if a brand has not declared vegan status they allow the use of animal-derived ingredients in their formulations. Most brands are not vegan because it’s much more expensive to source and manage vegan raw materials through supply chains.

Ingredients that are often sourced from animals include:

The bottom line with vegan cosmetics is it’s really difficult to tell from the ingredient list if the source is animal or synthetic versions. As shoppers we can only rely on vegan labelling, certification and other disclosures offered by the brand.

If a product is not advertised and labelled as 100% vegan you should assume it contains animal-derived ingredients.

We also want to understand if the entire brand is vegan… or just select products.

For ethical reasons many people now only use vegan products from a brand that is 100% vegan and free of animal ingredients.

Estée Lauder admits they test on animals. Their Product Values Report states “our brands are sold in countries where animal testing is required by law”.

Is Bobbi Brown Cosmetics Made in China?

No, Bobbi Brown Cosmetics and Estee Lauder (parent company) make their formulations in the United States, Belgium, Switzerland, the United Kingdom and Canada

Is Bobbi Brown cruelty free in the US?

No, as they do not verify if ingredient suppliers test on animals.

No, Bobbi Brown has not certified with Peta as either cruelty-free or vegan.

No, Bobbi Brown has not certified with Leaping Bunny as either cruelty-free or vegan.

No, Bobbi Brown Cosmetics is not animal friendly as it tests on animals in China and may use animal-derived ingredients in its formulations.

Is Bobbi Brown Vegan AND Cruelty-Free?

No, Bobbi Brown is not cruelty-free or vegan because it tests on animals in China, uses animal-derived ingredients, and does not label products as vegan.

Here is a summary of Bobby Brown’s cruelty-free assessment. Bobbi Brown is not a cruelty-free brand at this time. To become cruelty-free Bobbi Brown would have to stop selling in countries that require animal testing and only use ingredients from suppliers they have confirmed do not test on animals.

Why we don’t consider Bobbi Brown a cruelty-free brand

To start with, there is no legal definition for the claims of “cruelty-free” or “not tested on animals” that are used by cosmetic brands.

The most common definition for “cruelty-free” is that a product or its ingredients were not tested on animals.

Where this gets murky is when brands only talk about their direct testing activities, and omit facts about 3rd party animal testing that may take place on their products or ingredients.

We don’t consider Bobbi Brown to be cruelty-free because they allow their products to be tested on animals in China. They are also silent on ingredient testing by others in their animal testing disclosure.

At Beauty + Kind our standard for “cruelty-free” and “not tested on animals” is very simple. We require brand disclosure that no animal testing has occurred during any part of bringing their product to market by any party. This includes testing on raw materials, ingredients, finished products or selling in countries where animal testing is required by law.

If your looking to switch to more ethical brands, here are some cruelty-free and vegan options to consider:

Take the guess work out of it and browse the ultimate list of cruelty free makeup and skin care brands.

Easily find brands that certify they don’t use animal-derived ingredients on the list of vegan makeup and skin care brands.

Discover brands focused on botanicals and organics on the ultimate list of organic makeup and skin care brands.

Have some fun creating clean beauty formulations from the ultimate list of DIY makeup and skin care recipes.

Should You switch to kinder beauty brands?

Our philosophy and Beauty + Kind is that TRUE CRUELTY-FREE BEAUTY means that no harm to animals has happened during the entire manufacturing and testing process. This includes the source and harvest of ingredients, ingredient testing, and testing of the final product.

Unfortunately Bobbi Brown Cosmetics does not meet our Beauty + Kind standards due to their China animal testing and lack of vegan formulations.

How to make the Switch to Animal-Friendly Brands

Making the switch is easier than you think once you have the right information. If you want to switch to more ethical and animal-friendly beauty brands check out the ultimate list of vegan and cruelty-free brands. 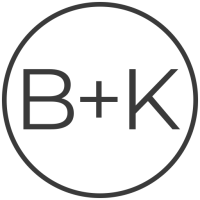 Our mission is to help you live a kind and cruelty free life. Get the inside scoop on the best cruelty free and vegan brand offers by joining our EXCLUSIVE KIND e-mail tribe. Stay in the know with the latest beauty hacks, trends, bonus offers and discount codes offered by leading vegan and cruelty free beauty brands.

Beauty + Kind is your cruelty-free and vegan guide to living a kind and ethical lifestyle. Here you will find the latest product reviews, tips, and shopping guides to help you live a cruelty free life. Get the inside scoop and shop with confidence knowing you are not buying animal-tested products.